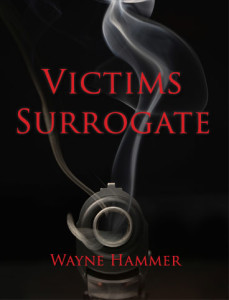 The year is 2059. From the depths of despair rise the Surrogates, charged by the courts to offer a remedy on behalf of victims and hired to take their ‘pound of flesh’ so that mankind can be spared from the hell inflicted by the worst of the worst.

SIMEON FOXE, a marine combat veteran and Surrogate Agent appointed to the Victim’s Rights Enforcement Department, takes his job seriously, believing that his well-honed skills and service to the country entitles him to operate on higher moral ground. But as events unfold, he begins to question his assumptions and whether the court-mandated executions he’s assigned to carry out are just a recipe for more injustice.

Follow the trail of intrigue as Foxe, haunted by the unsolved murder of his older brother, discovers that he’s slated to kill an innocent man. Navigating emotional minefields, he and defense attorney, Anne Paterson, surmount overwhelming odds to expose a cadre of radicals who have infiltrated the highest levels of government.

In the tradition of futuristic action thrillers like Minority Report, Judge Dredd, and Total Recall, Victim’s Surrogate challenges conventional thinking and touches on issues that are front and center in America today.

When sixteen-year-old Zack Rubin is asked to join the hottest rock band in North Jersey, life gets complicated. At a time when race riots, the Vietnam War, and the music of the sixties dominate the scene, the makeshift clubhouse he and his gang built in the old neighborhood seems like a distant memory. From dingy basement practice sessions to gigs at the trendiest nightclubs in Manhattan, Zack negotiates a minefield of missteps and then puts his life on the line to help an old friend out of a desperate situation.